Till now we have learned what is Amazon Ec2, AWS IAM, Security Groups. Today we will discuss about Placement Groups in AWS.

Creating a Placement Groups in AWS:

Creating a placement group couldn’t be easier. Even so, it is important to understand the implications of your actions before you commit to using placement groups.

Figure 1: Creating a placement group requires you to enter a group name and to choose a placement strategy. 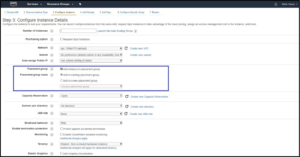 Figure 2: You can associate a new EC2 instance with a placement group.

It is recommended for

To provide the lowest latency, and the highest packet-per-second network performance for the placement group, choose an instance type that supports enhanced networking

It is recommended to launch all group instances at the same time to ensure enough capacity.

The instances can be added later, but there are chances of encountering an insufficient capacity error. For moving an instance into the placement group,

In case of a capacity error, stop and start all of the instances in the placement group, and try the launch again. Restarting the instances may migrate them to hardware that has capacity for all requested instances

It enables applications to participate in a low-latency, 10 Gbps network. 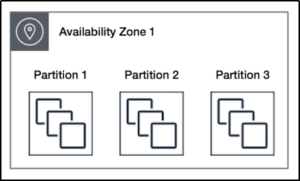 Please find below in details:

This is all about the basic of Placement Groups in AWS.

What is AWS? Amazon Cloud (Web) Services Tutorial for Beginners

What is Amazon EC2?