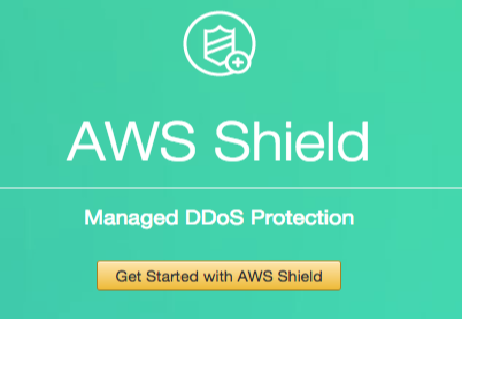 AWS Shield is a managed Distributed Denial of Service (DDoS) protection service that safeguards applications running on AWS. AWS Shield provides always-on detection and automatic inline mitigations that minimize application downtime and latency, so there is no need to engage AWS Support to benefit from DDoS protection. There are two tiers of AWS Shield – Standard and Advanced.

All AWS customers benefit from the automatic protections of AWS Shield Standard, at no additional charge. AWS Shield Standard defends against most common, frequently occurring network and transport layer DDoS attacks that target your web site or applications. When you use AWS Shield Standard with Amazon CloudFront and Amazon Route 53, you receive comprehensive availability protection against all known infrastructure (Layer 3 and 4) attacks.

There are two types of AWS Shield: Standard and Advanced. Standard is automatically free for all AWS users, but if you want to use Advanced, you’ll have to pay extra. Check out the rates mentioned below.

・Automatically available to all AWS users at no additional cost.

・Monitor incoming traffic to AWS and detects any malicious activity.

Although the Standard version is free for all AWS users, it doesn’t allow you to see your DDoS attack history, make reports, or send notifications. However, if you use it with AWS WAF, it is possible to detect and notify DDoS at the L7 layer.

The benefits of deploying AWS Shield are as follows:

・If you use AWS, you can use the standard type for free without any special settings.

・Anyone using the Standard type will be able to protect against L3 and L4 level attacks.

・Upgrading to Advanced will allow for 24/7 support and dealing with abnormal billing due to DDoS.

How to use AWS Shield?

If it is the Standard type, there is no need for any setup.

To use the Advanced type, the following steps are required.

(ii) Specify the resources to be protected

Next, select the resources that you want to protect and click “Protect selected resources”.

If you want to enable support from the DDoS Response Team (DRT), you can pre-authorize the DRT to take care of the actual attack on your behalf by granting them the necessary permissions.

It’s also important to take advantage of security automation templates and set up rules in your AWS WAF. Using it together with AWS WAF, it will be able to take care of not only DDoS attacks, but also other attacks such as SQL injection, etc. against the L7 layer.

For AWS Shield, monitoring is also important. The Global Threat Environment Dashboard provides a near real-time overview of the threat landscape, including the largest attacks, the top attack vectors, and the relative number of critical attacks.