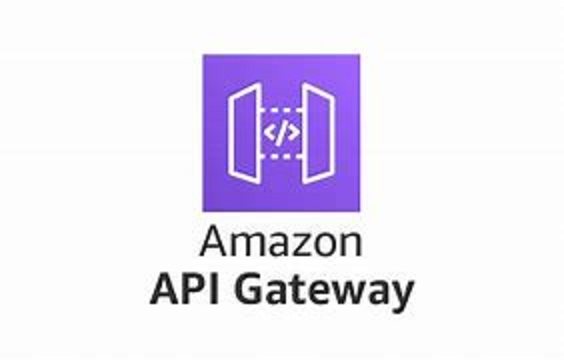 Amazon API Gateway is a managed service that allows developers to define the HTTP endpoints of a REST API or a WebSocket API and connect those endpoints with the corresponding backend business logic. It also handles authentication, access control, monitoring, and tracing of API requests.
Many Serverless applications use Amazon API Gateway, which conveniently replaces the API servers with a managed serverless solution.
An Amazon API Gateway is an interface that sits in between the application and the microservices. Developers use them to create, publish, maintain, monitor and secure APIs.
Amazon API Gateway will take care of all the tasks involved in accepting and processing up to hundreds of thousands of concurrent API calls, including traffic management, authorization and access control, monitoring, and API version management.
Deployable with a couple of clicks, your Amazon API Gateway will act as the single point of entry to your backend services and will handle the data management, business logic or any other type of functionality or workloads running on services like EC2, AWS Lambda and many more.
API Gateway is a gateway that consists of a bunch of Lambda functions that create a serverless learning management system.
API Gateway is a fully managed service that makes it easy for developers to publish, maintain, monitor, and secure APIs at any scale.
With a few clicks in the AWS Management Console, you can create an API that acts as a “front door” for applications to access data, business logic, or functionality from your back-end services such as applications running on Amazon Elastic Compute Cloud (Amazon EC2), code running on AWS Lambda, or any web application.
If your browser is making API calls to API Gateway, then API Gateway is routing down those calls to Lambda.

1. Cost Effective:
It is very low cost and efficient as an API Gateway provides a tiered pricing model for API requests. The price of an API request is as low as $1.51 per million requests, you can also decrease the costs by decreasing the number of requests.
2. Scalable:
You do not have to worry about having EC2 service or Autoscaling groups responding to API requests. An API Gateway scales automatically.
3. Caching and Throttling:
Caching is the most important feature of API Gateway. Caching is used to cache the endpoint’s responses which improve the latency of requests to your API. It is also a primary factor that determines the price of the service.
You can also prevent the security risks to your API Gateway. If you want to prevent from flooding with the fraud API calls to API Gateway, you can configure throttle service that can throttle requests to prevent attacks.
4. Flexible:
To implement the API Gateway, you do not have to launch an EC2 instance or setting up the Gateway software. API Gateway can be implemented in few minutes through the AWS Management Console.
5. CloudWatch to Connect:
An Amazon API Gateway is integrated with the CloudWatch service which is a monitoring service. This tool is used to monitor the metrics of incoming API calls, latency and errors.
6. Security:
You can authorize access to your APIs. API Gateway is used to verify incoming requests by executing various authorization options such as Lambda function and Identity Access Management service (IAM). An IAM is integrated with a gateway that provides tools such as AWS credentials, i.e., access and secret keys to access an API. A Lambda function is used to verify tokens, and if tokens are successfully verified, then access to an API will be granted.

Map HTTP requests to specific functions in a Serverless application via an API Gateway event. Connecting HTTP endpoints to individual functions is straightforward with API Gateway, obviating the need for a dedicated API server.
Map WebSocket events to Serverless functions. If you are building a WebSocket API, API Gateway also lets you map its events to a Serverless function. This works great for real-time functionality like in-app updates and notifications.
Use multiple microservices to serve the same top-level API. API Gateway makes it easy to have different Serverless functions serving different parts of your API. This means you can better encapsulate your functionality into each function and clearly separate the business logic of different parts of your API. Another benefit here is that you can transparently replace the function called by a given API request—the users won’t notice any change on the API layer.
Save time with integrations: authentication, developer portal, CloudTrail, CloudWatch. API Gateway allows you to implement a fully managed authentication and authorization layer by using Amazon Cognito and Lambda custom authorizers without running your own auth systems. By using API Gateway you also get access to the developer portals that are generated automatically from your API schemas.

API Gateway implements several usage limits. Most of these limits can be increased by contacting AWS support, but there are a few limits that can’t be changed:
Regional APIs: you can only have 600 regional APIs per AWS account. That’s a lot; most teams won’t reach this limit.
Integration timeouts: the shortest possible timeout for an integration in API Gateway is 50 ms, and the longest is 29 seconds.
Payload size: the maximum payload size that can be returned by an API endpoint is 10MB. If you’re planning to return more data per request than that, you may need to split up the payload into multiple pages.