A list of top frequently asked DBMS interview questions and answers are given below.

1) What is DBMS?
DBMS is a collection of programs that facilitates users to create and maintain a database. In other words, DBMS provides us an interface or tool for performing different operations such as the creation of a database, inserting data into it, deleting data from it, updating the data, etc. DBMS is a software in which data is stored in a more secure way as compared to the file-based system. Using DBMS, we can overcome many problems such as- data redundancy, data inconsistency, easy access, more organized and understandable, and so on. There is the name of some popular Database Management System- MySQL, Oracle, SQL Server, Amazon simple DB (Cloud-based), etc.
Working of DBMS is defined in the figure below.

2) What is a database?
A Database is a logical, consistent and organized collection of data that it can easily be accessed, managed and updated. Databases, also known as electronic databases are structured to provide the facility of creation, insertion, updating of the data efficiently and are stored in the form of a file or set of files, on the magnetic disk, tapes and another sort of secondary devices. Database mostly consists of the objects (tables), and tables include of the records and fields. Fields are the basic units of data storage, which contain the information about a particular aspect or attribute of the entity described by the database. DBMS is used for extraction of data from the database in the form of the queries.

4) What are the advantages of DBMS?

5) What is a checkpoint in DBMS?
The Checkpoint is a type of mechanism where all the previous logs are removed from the system and permanently stored in the storage disk.
There are two ways which can help the DBMS in recovering and maintaining the ACID properties, and they are- maintaining the log of each transaction and maintaining shadow pages. So, when it comes to log based recovery system, checkpoints come into existence. Checkpoints are those points to which the database engine can recover after a crash as a specified minimal point from where the transaction log record can be used to recover all the committed data up to the point of the crash.

6) When does checkpoint occur in DBMS?
A checkpoint is like a snapshot of the DBMS state. Using checkpoints, the DBMS can reduce the amount of work to be done during a restart in the event of subsequent crashes. Checkpoints are used for the recovery of the database after the system crash. Checkpoints are used in the log-based recovery system. When due to a system crash we need to restart the system then at that point we use checkpoints. So that, we don’t have to perform the transactions from the very starting.

9) What is RDBMS?
RDBMS stands for Relational Database Management Systems. It is used to maintain the data records and indices in tables. RDBMS is the form of DBMS which uses the structure to identify and access data concerning the other piece of data in the database. RDBMS is the system that enables you to perform different operations such as- update, insert, delete, manipulate and administer a relational database with minimal difficulties. Most of the time RDBMS use SQL language because it is easily understandable and is used for often.

11) What do you understand by Data Model?
The Data model is specified as a collection of conceptual tools for describing data, data relationships, data semantics and constraints. These models are used to describe the relationship between the entities and their attributes.
There is the number of data models:

12) Define a Relation Schema and a Relation.
A Relation Schema is specified as a set of attributes. It is also known as table schema. It defines what the name of the table is. Relation schema is known as the blueprint with the help of which we can explain that how the data is organized into tables. This blueprint contains no data.
A relation is specified as a set of tuples. A relation is the set of related attributes with identifying key attributes
See this example:
Let r be the relation which contains set tuples (t1, t2, t3, …, tn). Each tuple is an ordered list of n-values t=(v1,v2, …., vn).

15) What are the disadvantages of file processing systems?

16) What is data abstraction in DBMS?
Data abstraction in DBMS is a process of hiding irrelevant details from users. Because database systems are made of complex data structures so, it makes accessible the user interaction with the database.
For example: We know that most of the users prefer those systems which have a simple GUI that means no complex processing. So, to keep the user tuned and for making the access to the data easy, it is necessary to do data abstraction. In addition to it, data abstraction divides the system in different layers to make the work specified and well defined.

20) Explain the functionality of DML Compiler.
The DML Compiler translates DML statements in a query language that the query evaluation engine can understand. DML Compiler is required because the DML is the family of syntax element which is very similar to the other programming language which requires compilation. So, it is essential to compile the code in the language which query evaluation engine can understand and then work on those queries with proper output.

24) What do you mean by durability in DBMS?
Once the DBMS informs the user that a transaction has completed successfully, its effect should persist even if the system crashes before all its changes are reflected on disk. This property is called durability. Durability ensures that once the transaction is committed into the database, it will be stored in the non-volatile memory and after that system failure cannot affect that data anymore.

29) What is an entity?
The Entity is a set of attributes in a database. An entity can be a real-world object which physically exists in this world. All the entities have their attribute which in the real world considered as the characteristics of the object.
For example: In the employee database of a company, the employee, department, and the designation can be considered as the entities. These entities have some characteristics which will be the attributes of the corresponding entity.

30) What is an Entity type?
An entity type is specified as a collection of entities, having the same attributes. Entity type typically corresponds to one or several related tables in the database. A characteristic or trait which defines or uniquely identifies the entity is called entity type.
For example, a student has student_id, department, and course as its characteristics.

31) What is an Entity set?
The entity set specifies the collection of all entities of a particular entity type in the database. An entity set is known as the set of all the entities which share the same properties.
For example, a set of people, a set of students, a set of companies, etc.

34) What is an attribute?
An attribute refers to a database component. It is used to describe the property of an entity. An attribute can be defined as the characteristics of the entity. Entities can be uniquely identified using the attributes. Attributes represent the instances in the row of the database.
For example: If a student is an entity in the table then age will be the attribute of that student.

36) What do you mean by extension and intension?
Extension: The Extension is the number of tuples present in a table at any instance. It changes as the tuples are created, updated and destroyed. The actual data in the database change quite frequently. So, the data in the database at a particular moment in time is known as extension or database state or snapshot. It is time dependent.
Intension: Intension is also known as Data Schema and defined as the description of the database, which is specified during database design and is expected to remain unchanged. The Intension is a constant value that gives the name, structure of tables and the constraints laid on it.

37) What is System R? How many of its two major subsystems?
System R was designed and developed from 1974 to 1979 at IBM San Jose Research Centre. System R is the first implementation of SQL, which is the standard relational data query language, and it was also the first to demonstrate that RDBMS could provide better transaction processing performance. It is a prototype which is formed to show that it is possible to build a Relational System that can be used in a real-life environment to solve real-life problems.
Following are two major subsystems of System R:
Research Storage
System Relational Data System

40) What is Join?
The Join operation is one of the most useful activities in relational algebra. It is most commonly used way to combine information from two or more relations. A Join is always performed on the basis of the same or related column. Most complex queries of SQL involve JOIN command.
There are following types of join:
Inner joins: Inner join is of 3 categories. They are:
Theta join
Natural join
Equi join
Outer joins: Outer join have three types. They are:
Left outer join
Right outer join
Full outer join

41) What is 1NF?
1NF is the First Normal Form. It is the simplest type of normalization that you can implement in a database. The primary objectives of 1NF are to:
Every column must have atomic (single value)
To Remove duplicate columns from the same table
Create separate tables for each group of related data and identify each row with a unique column

42) What is 2NF?
2NF is the Second Normal Form. A table is said to be 2NF if it follows the following conditions:
The table is in 1NF, i.e., firstly it is necessary that the table should follow the rules of 1NF.
Every non-prime attribute is fully functionally dependent on the primary key, i.e., every non-key attribute should be dependent on the primary key in such a way that if any key element is deleted, then even the non_key element will still be saved in the database.

43) What is 3NF?
3NF stands for Third Normal Form. A database is called in 3NF if it satisfies the following conditions:
It is in second normal form.
There is no transitive functional dependency.
For example: X->Z
Where:
X->Y
Y does not -> X
Y->Z so, X->Z

44) What is BCNF?
BCMF stands for Boyce-Codd Normal Form. It is an advanced version of 3NF, so it is also referred to as 3.5NF. BCNF is stricter than 3NF.
A table complies with BCNF if it satisfies the following conditions:
It is in 3NF.
For every functional dependency X->Y, X should be the super key of the table. It merely means that X cannot be a non-prime attribute if Y is a prime attribute.

45) Explain ACID properties
ACID properties are some basic rules, which has to be satisfied by every transaction to preserve the integrity. These properties and rules are:
ATOMICITY: Atomicity is more generally known as ?all or nothing rule.’ Which implies all are considered as one unit, and they either run to completion or not executed at all.
CONSISTENCY: This property refers to the uniformity of the data. Consistency implies that the database is consistent before and after the transaction.
ISOLATION: This property states that the number of the transaction can be executed concurrently without leading to the inconsistency of the database state.
DURABILITY: This property ensures that once the transaction is committed it will be stored in the non-volatile memory and system crash can also not affect it anymore. 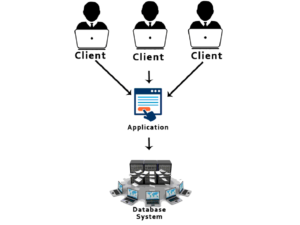 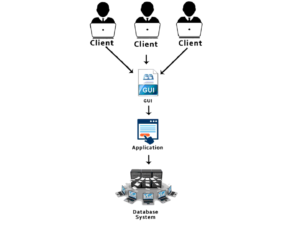 50) How do you communicate with an RDBMS?
You have to use Structured Query Language (SQL) to communicate with the RDBMS. Using queries of SQL, we can give the input to the database and then after processing of the queries database will provide us the required output.