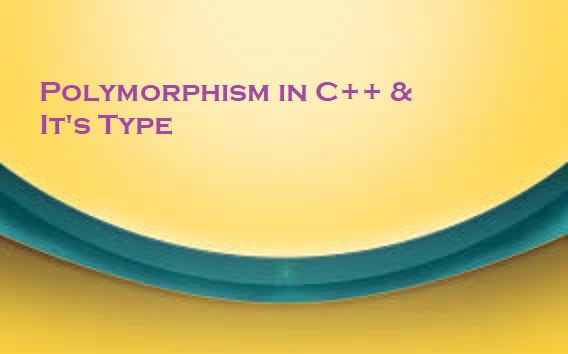 Polymorphism in C++ and its types

In this example, we have two functions with same name but different number of arguments. Based on how many parameters we pass during function call determines which function is to be called, this is why it is considered as an example of polymorphism because in different conditions the output is different. Since, the call is determined during compile time thats why it is called compile time polymorphism.

In case of function overriding we have two definitions of the same function, one is parent class and one in child class. The call to the function is determined at runtime to decide which definition of the function is to be called, thats the reason it is called runtime polymorphism.

7 thoughts on “Polymorphism in C++ and its types”