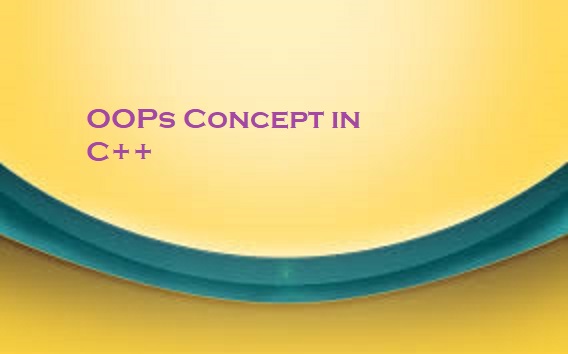 Object oriented programming is a way of solving complex problems by breaking them into smaller problems using objects. Before Object Oriented Programming (commonly referred as OOP), programs were written in procedural language, they were nothing but a long list of instructions. On the other hand, the OOP is all about creating objects that can interact with each other, this makes it easier to develop programs in OOP as we can understand the relationship between them.

In Object oriented programming we write programs using classes and objects utilising features of OOPs such as abstraction, encapsulation, inheritance and polymorphism

A class is like a blueprint of data member and functions and object is an instance of class. For example, lets say we have a class Car which has data members (variables) such as speed, weight, price and functions such as gearChange(), slowDown(), brake() etc. Now lets say I create a object of this class named FordFigo which uses these data members and functions and give them its own values. Similarly we can create as many objects as we want using the blueprint(class).

Abstraction is a process of hiding irrelevant details from user. For example, When you send an sms you just type the message, select the contact and click send, the phone shows you that the message has been sent, what actually happens in background when you click send is hidden from you as it is not relevant to you.

Inheritance is a feature using which an object of child class acquires the properties of parent class.

Now this object obj can use the properties (such as variable var1) of ParentClass.