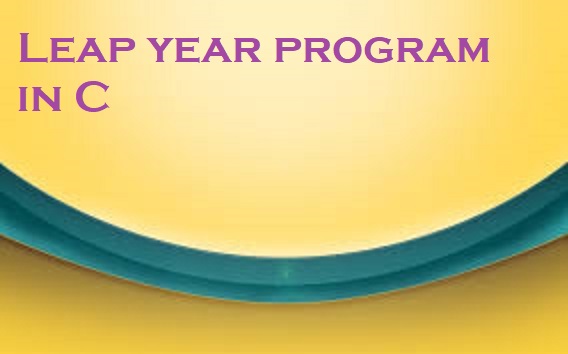 First of all, it is important to know what is leap year? Generally, a year has 365 days in a year, but a leap year has 366 days which comes after four year. Below are some points related to leap year:

Below conditions are used to check that year is a leap year or not.

By putting these conditions in your code, you can check year is a leap year or not. If the above conditions are satisfied, the year will be leap year. These conditions can be put with if-else or with && (and) and || (Or).

With the help of a C program, we will make easy to find a leap year.

See the below example in which we check a leap year by taking input from user:

See the below outputs for different input values: