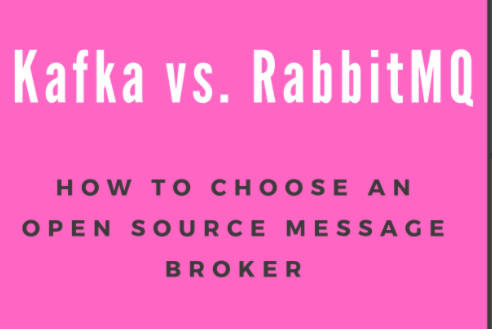 It is very frequent Interview question that, what are the differences between RabbitMQ and Kafka. So, in this article “Kafka VS RabbitMQ”, we will learn the complete feature wise comparison of Apache Kafka vs RabbitMQ.

So let’s start Kafka Vs RabbitMQ.

What is Apache Kafka?

Apache Kafka is a leading performer. We can say Kafka outplays RabbitMQ as well as all other message brokers. Moreover, Kafka scales nicely up to 100,000 msg/sec even on a single server, as we add more hardware.

The output of Kafka’s design:

However, there is one major limitation, that is each partition can have only one logical consumer in the consumer group. Hence, that implies while working with “slow” messages single issue (slow processing) blocks all other messages submitted to this partition after that message.

Although, we can resolve these issues with different strategies, like to run another Kafka consumer group and synchronize it with existing consumer in order to avoid duplicated processing of messages.

RabbitMQ supports a huge number of development platforms, with ease of use and maturity. Basically, it scales nicely about 20,000 msg/sec on a single server. Although, as we add more servers, it also scales well. The output of RabbitMQ design:

Hence, if overall throughput is enough for our requirements, this message broker can work well for “fast” consumers.

However, in work with “slow” consumers, we have the additional benefit. For suppose, if some consumer is stuck with some very slow processing, other messages will stick in the queue as well unless we have other consumers connected.

That says by adding more consumers to the queue we are bypassing processing limitations. So, we just need to run another process and RabbitMQ will take care of the rest.

Requirements and Use Cases Comparison:

Below, we are discussing requirements and use cases of Kafka and RabbitMQ

Here, we are listing some best scenarios for Kafka, such as:

Here, we are listing best scenarios for RabbitMQ, such as:

So, this was all about Apache Kafka vs RabbitMQ. Hope you like our explanation.

Although, above comparison will resolve many of your doubt regarding Apache Kafka VS RabbitMQ. Still, if any doubt occurs regarding Kafka vs RabbitMQ, feel free to ask in the comment section.