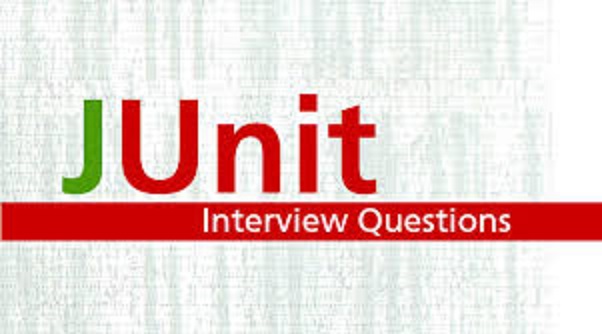 JUNIT Interview Questions And Answers are as follows –

Download the latest version of JUnit, referred to below as junit.zip.
Unzip the junit.zip distribution file to a directory referred to as %JUNIT_HOME%.

All the tests should pass with an “OK” message. If the tests don’t pass, verify that junit.jar is in the CLASSPATH.

Test Suite: It is also known as a composition of various tests
Assert: It is a set of assertive procedures used to design an application
Test Result: It is associated with the collection of results while executing a test case
Test Case: It is that kind of a JUnit class which is related to various fixtures. It also has the ability to run on a variety of tests

@Test annotation is used to mark a method as test method, result of which is then compared with expected output to check whether the test is successful or not.

This method should execute before each test. Such methods are generally used for initialization before performing a actual test in test environment.

This method should execute before all the tests. It executes only once. Method should be declared static. Mostly used for database connectivity tasks before execution of any of the test.

To run JUnit tests from a command window, you need to check the following list:

Limitation: It is used for testing only a single exception.

JUnit Framework can be easily integrated with either of the followings − Eclipse
Ant
Maven.

Assert works only if assertions ( -ea ) are enabled which is not required for Verify. Assert throws an exception and hence doesn’t continue with the test if assert evaluates to false whereas it’s not so with Verify.