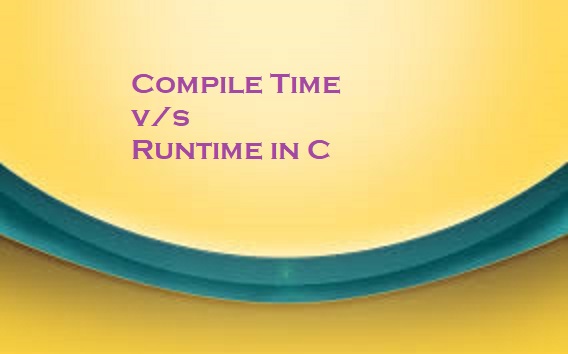 Compile time vs Runtime in C:

The compile-time errors can be:

When the programmer does not follow the syntax of any programming language, then the compiler will throw the syntax error.

The above declaration generates the compile-time error as in C, every statement ends with the semicolon, but we put a colon (:) at the end of the statement.

The semantic errors exist when the statements are not meaningful to the compiler.

The above statement can be re-written as:

Let’s look at the differences between compile-time and runtime:

In the above code, we have tried to print the value of ‘a’, but it throws an error. We put the colon at the end of the statement instead of a semicolon, so this code generates a compile-time error. 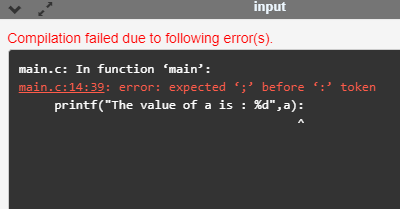 In the above code, we try to divide the value of ‘b’ by zero, and this throws a runtime error.

4 thoughts on “Compile time vs Runtime in C”