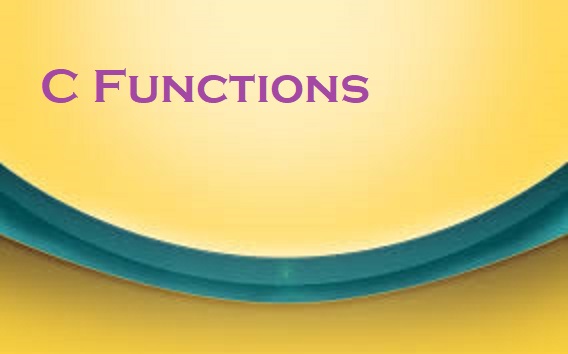 In c, we can divide a large program into the basic building blocks known as a function. The function contains the set of programming statements enclosed by {}. C Function can be called multiple times to provide reusability and modularity to the C program. In other words, we can say that the collection of functions creates a program. The function is also known as procedureor subroutinein other programming languages.

Advantage of functions in C

There are the following advantages of C functions.

There are three aspects of a C function.

The syntax of creating function in c language is given below:

//code to be executed

There are two types of functions in C programming:

Let’s see a simple example of C function that doesn’t return any value from the function.

Let’s see a simple example of C function that returns int value from the function.

The list of mostly used header files is given in the following table.