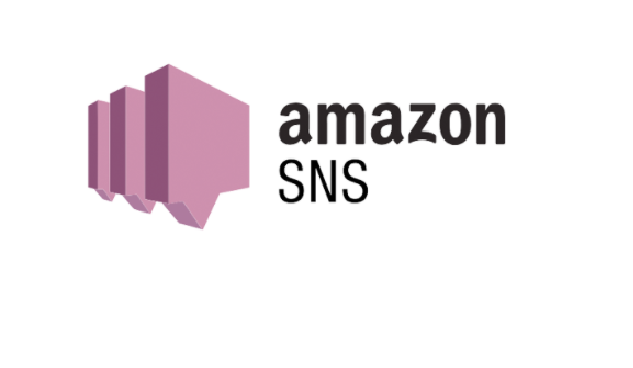 A web service that makes it easy to set up, operate, and send notifications from the cloud. SNS follows  the “publish-subscribe” (pub-sub) messaging paradigm, with notifications being delivered to clients using a “push” mechanism rather than to periodically check or “poll” for new information and updates.

Amazon SNS is a web service that manages sending messages to the subscribing endpoint. There are two clients of SNS:

Publishers are also known as producers that produce and send the message to the SNS which is a logical access point.

Subscribers such as web servers, email addresses, Amazon SQS queues, AWS Lambda functions receive the message or notification from the SNS over one of the supported protocols (Amazon SQS, email, Lambda, HTTP, SMS).

SNS also logs the the delivery status of notification messages sent to topics with the following SNS endpoints:

By default, a subscriber of an SNS topic receives every message published to the topic. The filter policy contains attributes that define which messages the subscriber receives.

By default, messages are delivered encoded in JSON that provides metadata about the message and topic.

All messages sent to SNS are processed and delivered immediately. If a message cannot be successfully delivered on the first attempt, SNS implements a 4-phase retry policy:

1) retries with no delay in between attempts

2) retries with some minimum delay between attempts

3) retries with some back-off model (linear or exponential)

4) retries with some maximum delay between attempts

By default, SNS offers 10 million subscriptions per topic, and 1 00,000 topics per account.

How does Amazon SNS work?

The way SNS works resembles mailing groups that you subscribe to in order to receive the content of interest to you. First of all, developers managing an account create a certain topic and publish it via the SNS dashboard. There can be a number of topics as it usually doesn’t make sense to send all the content to all the accounts within an organization. As a matter of fact, Amazon set the limit at 100,000 topics for a single AWS account.

A topic is an access point that users can subscribe to with a URL, a phone number or an email address to receive its respective notifications. When a new notification is published, it’s filtered to meet subscribers’ policies and, if successful, is delivered to the provided endpoint.

It’s important to note that, unlike SQS, SNS doesn’t guarantee delivery and won’t retry if sending is unsuccessful for whatever reason. If that happens, a message will be discarded.

What is Amazon SNS used for?

Simple Notification Service is frequently used to send system notifications to subscribers of a given topic. These can include alerts received when a server is down, when a new user registers, or when a recurring check is performed. Since different people are interested in different topics, usually dozens of them are created so as not to unnecessarily email or text an entire company.

Another popular use is with a common “fan-out” scenario that involves the use of Amazon SQS.

Simple Queue Service is also used to distribute notifications to its users, or, to be precise, to their queues. The messages are not pushed to users, as was the case with SNS, but, instead, they need to “poll” a queue to obtain them. When they do, a message is no longer available for the rest of a network. Such communication guarantees a delivery because it’s asynchronous. Each message will patiently wait in a queue for its addressee to fetch it. This approach to delivering notifications raises an opportunity for an interesting integration with SNS, which bears the aforementioned “fan-out” name.